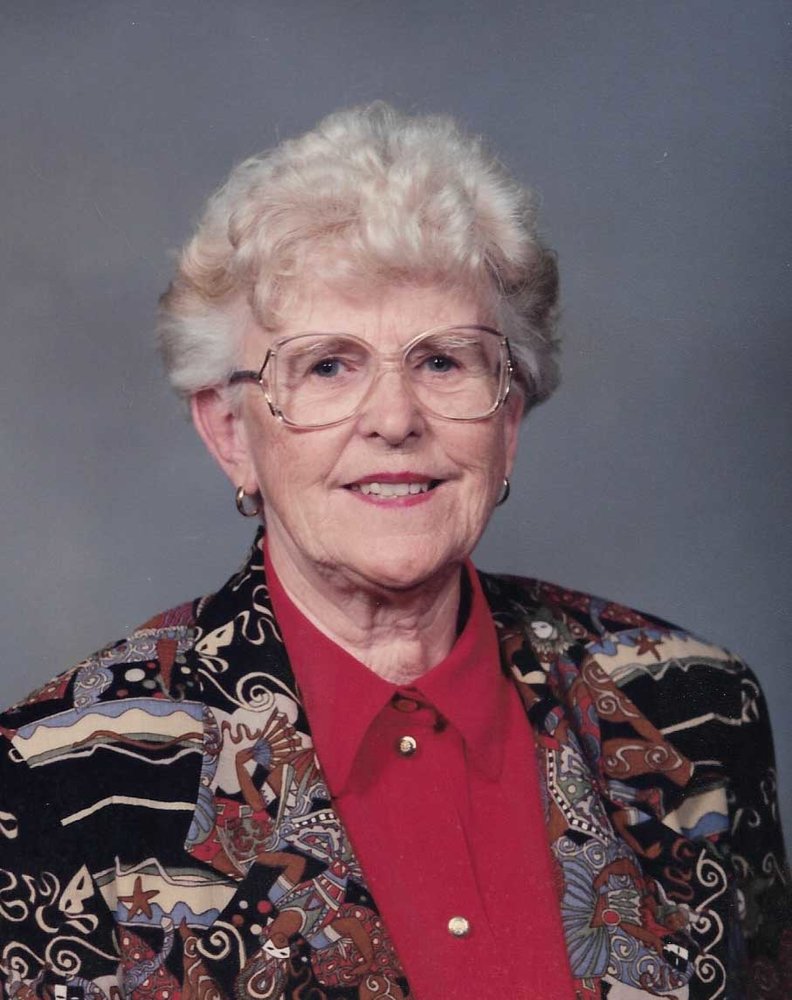 Please share a memory of Freda to include in a keepsake book for family and friends.
View Tribute Book
Freda Inglis, 96 years young of Arnprior, Ontario passed away peacefully on October 16, 2020 after a short battle with cancer. Freda will once again be side by side with her beloved husband Ken. Freda was an amazing, incredibly strong and respected woman. Having outlived her many family members and friends, she had a long full life. A life surrounded by her small but close-knit family. Our own maitre’d (as she called herself) of the family. We know she meant matriarch. Freda was a loving, kind, faithful wife, Mom, Mother In Law, Grandma, Auntie, Sister and Sister In Law. Stubborn? Maybe! Freda was born in 1924 in the city of Rawalpindi in the Punjab province of Pakistan. Freda and her 2 siblings Isobel and Donald were born to a Royal Army Sergeant Fred and his wife Margaret. The McEwan family resided in India until moving back to their homeland Scotland in the late 1930’s. WWII was declared in the UK on Freda’s birthday in 1939. Freda joined the Women’s Royal Air Force becoming a Corporal assigned as a medic driver transporting injured soldiers from the front lines to military hospital. Freda immigrated to Canada in 1954. She soon joined a Scottish Country Dancing club in Toronto and met the love of her life, Kenneth Inglis. They married in 1957, moved to Scarborough, ON, sharing a home with Ken’s parents. Ken and Freda soon became parents to 2 sons Ewan and David. Upon retirement in 1988, Ken and Freda moved to Arnprior, residing in Sandy Hook. Freda lived in the big blue house until 2018 (years after Ken’s 1993 passing). She never remarried. In 2018, Freda moved into Island View Retirement suites (Arnprior), residing there until her hospitalization and passing. Freda is predeceased in death by her parents, Fred and Margaret McEwan, beloved husband Ken (D: 1993), granddaughter Dana Lee (D: 1989), sister Isobel Cornfoot (D: 1990), brother in law Nathan Cornfoot (D: 2011), nephew John (D: 1961), brother Donald McEwan (D: 2001), sister in law Audrey McEwan (D: 1985), sister in law Mae Gettinby (D: 2017) and brother in law Bob Gettinby (D: 2018). Freda is survived by and will be lovingly missed by her sons; Ewan, David (Janet), beloved granddaughters; Mikayla Inglis (Sheldon), Nicole Inglis (Joseph), nieces Lynda Jordan (Archie), Jillian McEwan (Jerry), nephews Barrie McEwan (Marie), Thom Gettinby (Carol), great nieces Shannyn Garey (Chris), Nicole McIntosh, great nephews Scott, Steven (Carrie), her best friend Margaret Williamson (David), all the great-great nieces and nephews, neighbour Stella Racine (Rene) and friends from dancing. The family wishes to extend our sincere gratitude to the staff at Island View for the attention and care for Freda during the past 2 years. We sincerely thank and are eternally grateful to the medical staff at Arnprior and District Memorial hospital for the outstanding professional and loving care extended to Freda during her illness. Freda’s arrangements have been entrusted to the Boyce Funeral Home Ltd., 138 Daniel Street North, Arnprior. Respecting Freda’s wishes, there will not be a funeral service. A private family gathering for the interment of ashes will be held Tuesday October 20, 2020 at the Malloch Road Cemetery in Arnprior. Please, in lieu of flowers, the family asks that a memorial donation be made to the Arnprior Regional Health Care foundation in Freda’s name.

Share Your Memory of
Freda
Upload Your Memory View All Memories
Be the first to upload a memory!
Share A Memory
Plant a Tree