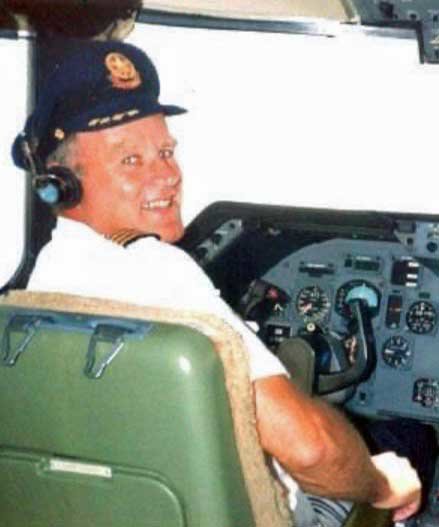 Please share a memory of David to include in a keepsake book for family and friends.
View Tribute Book
It is with great sadness that we announce the peaceful passing of David, two weeks shy of his 92nd birthday. Our dearest Dad, Grandpa and friend passed away of natural causes with family by his side. Predeceased by the love of his life, Gayle (Vincent), his brother Richard, and his parents Agnes and Arch. He will be greatly missed by his children Brian (Pam), Sue and John, granddaughters Alexa, Rylee and Mackenzie and his brother and best friend, Bob. Dad was born and raised in Ottawa. He was an outstanding football player at Glebe Collegiate High School. He started his career with Trans Canada Airlines in 1948 in Ottawa and moved to Toronto once he became a pilot. He met Gayle while flying and eventually settled in Port Credit where they raised the family. He retired from Air Canada in 1986 after a 38 year career. Dad was an avid golfer. He was a long time member of both the Ottawa Hunt and Golf Club and the Mississaugua Golf and Country Club. At Mississaugua he is fondly remembered running the Junior Program for many years. A career highlight was winning the 1990 Ontario Father and Son Championship at Brantford. He loved to play horseshoes and could not turn down a game of snooker. David and Gayle also spent many years making friends on the duplicate bridge circuit where they both achieved the status of Life Master. As he wished, he was able to spend his final days at his beloved home in Woodridge, overlooking the Ottawa River. David's arrangements have been entrusted to the Boyce Funeral Home Ltd., 138 Daniel Street North, Arnprior. Cremation has taken place and a private service will be held at a later date. In lieu of flowers, please raise a glass of your favourite beverage to David’s memory.

Share Your Memory of
David
Upload Your Memory View All Memories
Be the first to upload a memory!
Share A Memory
Plant a Tree