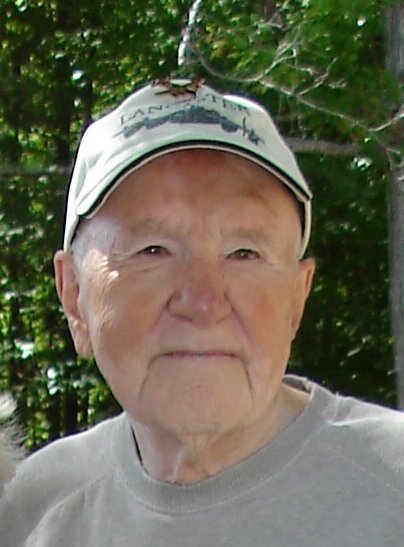 Please share a memory of Cecil "Corb" to include in a keepsake book for family and friends.
View Tribute Book
STEWART, Dr. Cecil Corbett, DVM September 12, 1921 - May 28, 2020 With deep sadness, we announce the passing of Corb at the Arnprior and District Memorial Hospital, Thursday May 28, 2020 at the age of 98. Corb was the beloved husband of Anne (Smith), father of Mary (Jake), David (Francoise), Rob and Patti (Bob) (Brett), grandfather of Jason (Tina), Jennifer (Derek), Scott (Kellie), Will (Natasha) and Michael, and great grandfather of Hailey, Ashley and Ben. Born in Port Dover, Ontario, Corb was one of the finest of The Greatest Generation. He served in the Royal Canadian Airforce in World War II and flew more than 30 ops with 514 Squadron RAF. Following the war, Corb attended the Ontario Veterinary College, in Guelph, Ontario, and graduated in 1949. Corb’s career took him and the family to diverse communities in Ontario and the United States, including Brockville, Bracebridge, Indiana, Oregon, Michigan, Windsor and Ottawa. He was a man of great compassion, intellectual curiosity and gentle humour. Corb loved family, giving back to community, the great outdoors and old time hockey. He expressed his appreciation of nature in landscape paintings and bird carvings. He played organized hockey until the age of 70. Corb will be sorely missed by his immediate family and many nieces and nephews, but he lives on in our hearts. Arrangements by the Boyce Funeral Home Ltd., 138 Daniel Street North, Arnprior. A celebration of Corb’s life will be held at a later date. In lieu of flowers, please consider a memorial donation to the charity of your choice.

Share Your Memory of
Cecil "Corb"
Upload Your Memory View All Memories
Be the first to upload a memory!
Share A Memory
Plant a Tree