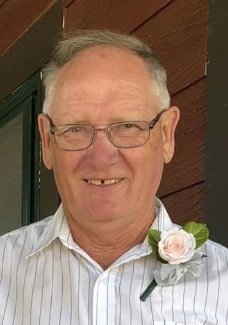 Please share a memory of William "Bill" to include in a keepsake book for family and friends.
View Tribute Book
April 8, 1947-March 25, 2020 It is with heavy hearts we announce the passing of William “Bill” Tucker on Wednesday March 25, 2020, just two weeks shy of his 73rd birthday. He passed away suddenly but peacefully. Predeceased by his parents Henry and Edith of Perth, ON. He leaves behind his beloved wife Fay (Thurston), loving sons Edward (Debbie-Lee), and Ryan (Shelley). He will be dearly missed by his grandchildren Shania (Jamie), Cole (Jessica), Claire, and Colin. Also by his great-grandchildren Dominic and Remi-Lee. Also survived by his siblings John, Norman, and Muriel. Predeceased by his sister Margaret. William will be missed by his loyal companion Willow but is now reunited with his two loyal companions Rusty and Mindy. A Graveside service will be held at a later date. In lieu of flowers, a donation to the Heart and Stroke Foundation or the Arnprior and District Humane Society would be appreciated.

Share Your Memory of
William "Bill"
Upload Your Memory View All Memories
Be the first to upload a memory!
Share A Memory
Plant a Tree