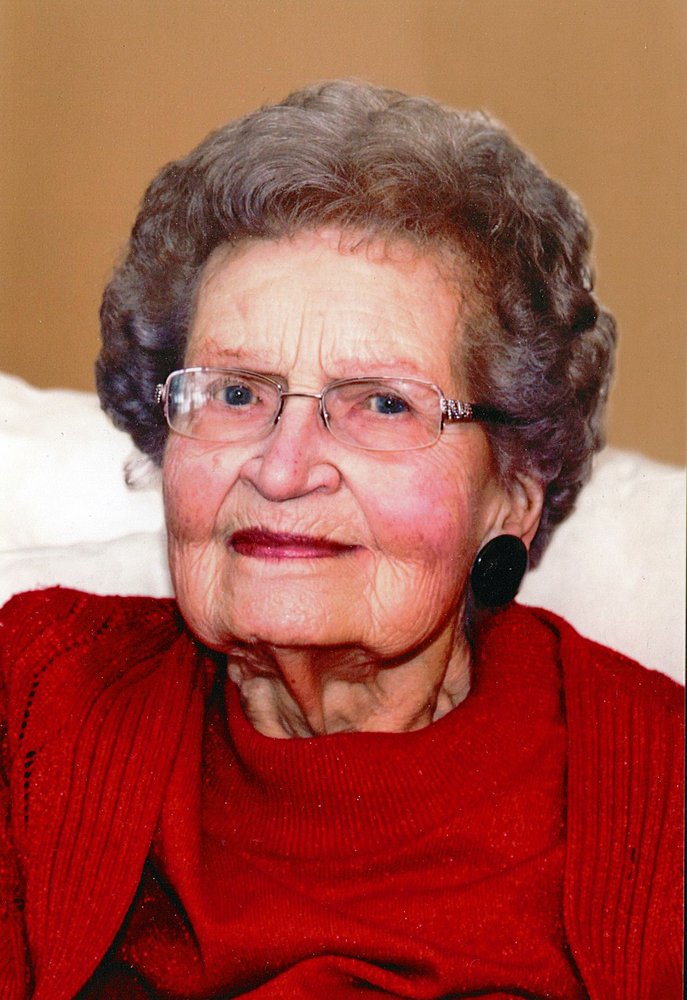 Please share a memory of Esther to include in a keepsake book for family and friends.
View Tribute Book

Following a brief illness, Esther went to join her Lord and Saviour Friday morning, November 1st, 2019 at her home in Arnprior at the age of 92.  Beloved wife of the late Versal Scheel. (April 3, 2009).  Loving mother of Christine Juhasz (Richard) and Dana, both of Arnprior. Cherished grandmother of Colin MacIntyre (Jen) and great-grandmother of Adaline and Eden.  Dear sister of Manford Buckwald (late Esther) of Killaloe, Herman Buckwald (Beulah) of Oshawa and Elizabeth Kuehl (Warren) of Simcoe.  Predeceased by sister Martha Hartwick (late Ivan) and brother Rev. John Buckwald (Sylvia).  Special sister-in-law of Merrell Scheel (Caryl) of Kincardine.  Esther will be remembered fondly by many nieces and nephews.  Daughter of the late Gustav and Freda (Bloedow) Buckwald.  Esther worked at Playtex for over 25 years and was a member of the First Baptist Church in Arnprior where she was previously involved with the “Willing Workers”.  Her love of family, joyous personality and friendly smile will be missed by all who knew her.   Arrangements by the Boyce Funeral Home Ltd., 138 Daniel Street North, Arnprior.  Friends may pay their respects on Monday November 4th, 2019 from 2-4 pm and 7-9 pm.  A celebration of Esther’s life will be held on Tuesday November 5th, 2019 at the First Baptist Church, 279 Alicia Street, Arnprior at 11:00 a.m.  Interment Arnprior Malloch Road Cemetery.  In memory of Esther, a donation can be made to the First Baptist Church or to the Grove Redevelopment Fund.

Family and friends are invited to a reception following the service in the Church Hall.

Share Your Memory of
Esther
Upload Your Memory View All Memories
Be the first to upload a memory!
Share A Memory
Plant a Tree