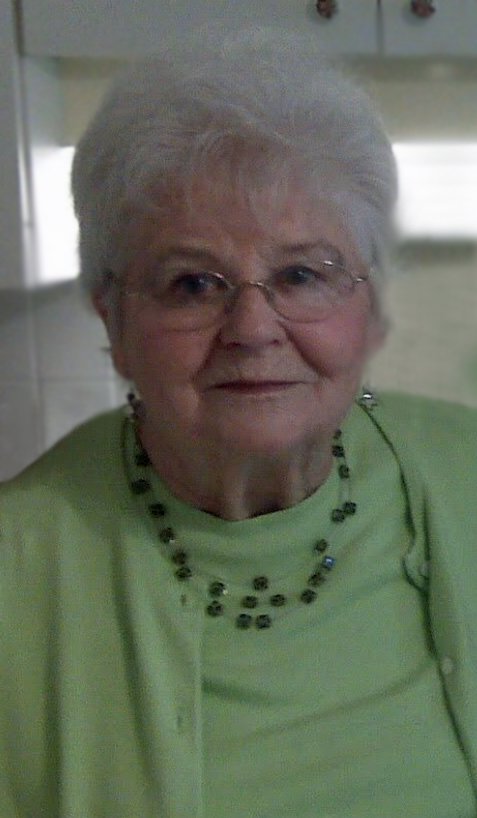 Please share a memory of Elsie to include in a keepsake book for family and friends.
View Tribute Book

With sadness we announce that Elsie passed away at the Arnprior and District Memorial Hospital Tuesday morning, October 22, 2019 at the age of 87. Beloved wife of 63 years to Ronald Whyte.  Loving mother of Chris (Gloria) of Toronto and Tracy Reid (David) of Arnprior. Cherished Nanny of Andrew (Anna), Kelly, Connor, Alan and Lauren.  Dear sister of Elizabeth "Bette" Zuro (late Bill) and Evelyn Richardson (late Ken).  She was predeceased by her siblings Geraldine Udall (late Eddie), Janet Johnston (late Joe), Marjorie Adkins (late Bob), Bill Loucks (late Loretta) and Joan Adams (late Norm).  Elsie will be missed by her many nieces and nephews and will be fondly remembered by her best friend Ruth Nebergall.  Daughter of the late William and Elizabeth (Goodfellow) Loucks.  Elsie was an active member of the Emmanuel Anglican Church A.C.W. as well as the Arnprior Horticultural Society and was a member of the Order of the Eastern Star. She will be fondly remembered for her quiet generosity and wonderful love of her family and friends.  A special thank you to the Arnprior Hospital for their excellent care of Elsie and in particular her nurses; Josh, Sarah and Lucy.  Arrangements by the Boyce Funeral Home Ltd., 138 Daniel Street North, Arnprior. Funeral service will be conducted Saturday October 26, 2019 at Emmanuel Anglican Church, Arnprior at 11:00 a.m.  Interment Arnprior Albert Street Cemetery.  Reception to follow in the Carlton Reid Hall.  In memory of Elsie, please consider a donation to the Arnprior and District Humane Society or to a charity of your choice.

Share Your Memory of
Elsie
Upload Your Memory View All Memories
Be the first to upload a memory!
Share A Memory
Plant a Tree