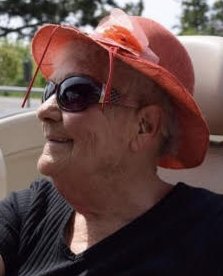 With heavy hearts, we announce that Rita passed away peacefully at home in Napanee, Ontario surrounded by the love of her family on Sunday evening, August 4, 2019.  She was 81. Beloved wife for 58 years of the late Lorne Grant Stewart. Loving mother of the late Susan Stewart, Cathie Stewart (John) and Wendy Lou Stewart (Mark). Devoted Grandma of Stephen Bassett, Terry Howie, Jason Bassett, Adam Howie, Loren Baldwin and Brett Baldwin. Daughter of the late Stephen and Edythe (Brown) Robinson.  Fondly remembered by her dearest friends and family. Rita’s four legged companion, Dolly, will miss her terribly.  Visitation will be held Thursday August 8, 2019 from 1:00 until time of service in the Boyce Chapel at 2:00 p.m.  In memory of Rita, a donation to Diabetes Canada would be appreciated.

Share Your Memory of
Rita
Upload Your Memory View All Memories
Be the first to upload a memory!
Share A Memory
Plant a Tree