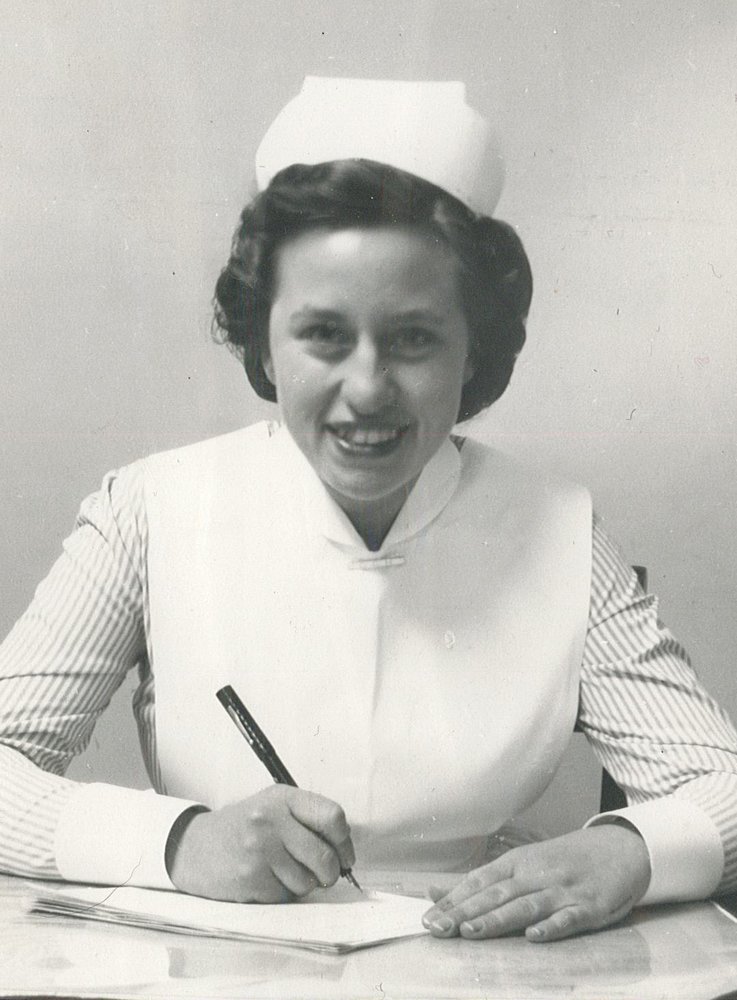 Edna died peacefully at the Arnprior & District Memorial Hospital at the age of 93 after a brief illness.

Predeceased by her loving husband Doug in 2008, her parents William and Anna Wolff, her sister Alma Zimmerman and her husband Jack, and her brother Cecil Wolff and his wife Jean.

Edna is survived by her brother Earl Wolff (late Anne) of Oshawa, many nieces, nephews and cousins, and her dear longtime friend Isobel Munro of Arnprior.

Edna was a proud 1946 graduate of the Ottawa Civic Hospital School of Nursing, class 46B. She began her long career in the nursing profession at the Arnprior & District Memorial Hospital as a nurse and then nursing superintendent. Edna then worked as an industrial nurse at AECL in Deep River, Computing Devices of Canada in Bells Corners, and Digital Equipment Corporation in Kanata.

Edna served in various volunteer capacities including the Arnprior Hospital board and church organizations.

A generous, devoted, faithful, and very classy lady, and an accomplished knitter, Edna was a friend and colleague to many, and deeply loved by her family.

Arrangements by the Boyce Funeral Home Ltd., 138 Daniel Street North, Arnprior.  Funeral service on Saturday January 26, 2019 at 11 AM at Emmanuel Anglican Church, 287 Harrington Street, Arnprior, preceded by a visitation at 10 AM at the church, and followed by a reception in the church hall. Interment of cremated remains Arnprior Albert Street Cemetery.

In lieu of flowers, please consider a donation to the Arnprior Regional Health Foundation in memory of Edna.

To follow at the Carelton Reid Hall (Church Hall).

Share Your Memory of
Edna
Upload Your Memory View All Memories
Be the first to upload a memory!
Share A Memory
Plant a Tree